South Africa has had its share of inglorious presidents stretching as far back as the last century.

Paul Kruger, President of the South African Republic until mid-1900, was no exception.

A relatively cursory glance through only a few of the many historical tomes giving insights into Kruger’s chequered four terms as president of the South African Republic will reinforce the conclusion that the burly bearded leader was no saint.

David Mackay Wilson’s Behind the scenes in the Transvaal, Arnold Thieler’s A country corrupted, A question of treason by Francis de Souza, Percy Fitzpatrick’s The Transvaal from within and Boere-verneukers by Izaak du Plessisprovide a mixed bag of commentary about the widespread shenanigans throughout Kruger’s long presidency.

By the same token, there is extensive commentary that focuses on positive aspects of Kruger’s leadership and personality, not least of which was his vision for a united Afrikaner nation divorced from British rule.

Kruger was often the subject of vitriolic reports in the media, one of which motivated a response by F.C.Eloff, a member of Kruger’s extended family, and De Nationale Bank of Pretoria.

The response revealed another facet of the often cantankerous and obdurate president’s personality. He was exceedingly generous to his extended family, gifting them ownership of some of the scores of farms that he owned in his own name or in the names of nominees.

Another example of his generosity of spirit came to my attention a few days ago. A fellow student of the history of the South African War shared with me a copy of a Ten Pond banknote printed in 1891 and presented to President Kruger by De Nasionale Bank when he officiated at the ceremonial opening of its doors in Pretoria on 20 April 1891.

Thirty-five years later in 1926, the banknote was presented to the bank by Eloff. His primary motivation for making the presentation was, according to a statement released by the bank, to refute a Press report that on the day following the president receiving the ten pond banknote, he had cashed the note. The bank statement said that ‘our notes were in those days, of course, redeemable in gold’.

Why the family’s sensitivity, you may ask? The mystery surrounding the missing Kruger millions, still a mystery to this day, was a sore point. Treasure hunters from around the world had descended on the South African Republic to search for the treasure reputedly buried somewhere along Kruger’s route to Portuguese East Africa (now Mozambique).

So any innuendo that Kruger’s love for gold may have clouded his judgement in any way was met with testimony debunking that perception.

In the world of politics the more things change the more they stay the same. 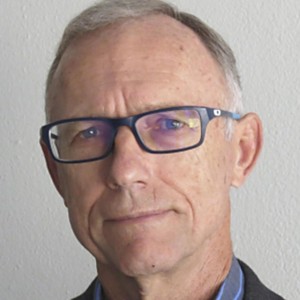 Experienced freelance writer across a wide range of subjects: Business, construction, engineering, environment, humour, infrastructure, issues, lifestyle, medical, motoring, mining, travel, sport. Manuscript writing, editing and production management to finished hard copy book and ebook. I've worked in the media (electronic and print) and in the agency environment, the latter in my own businesses. I have worked with professional photographers and support some of my articles with my own images.