DISCLAIMER: These are musings of the author and do not reflect the opinions of SAFREA or its members. Or maybe it does. For some. Who knows? If you think that you might be offended, do not read further. Go and buy a laxative. If you take this all too seriously and don’t laugh or at least smile a little, then you need a checkup from the neck up.

Grace before or after meals?

Christians say Grace and give thanks before they eat. This is risky because the food might be awful. I think that the Jewish way is better. They eat first and then pray. I suppose that if the meal was great they give thanks and if it was bad they pray that they don’t get sick. Surely they also ask for a better meal next time? Choose Jews. Some people don’t pray at all. 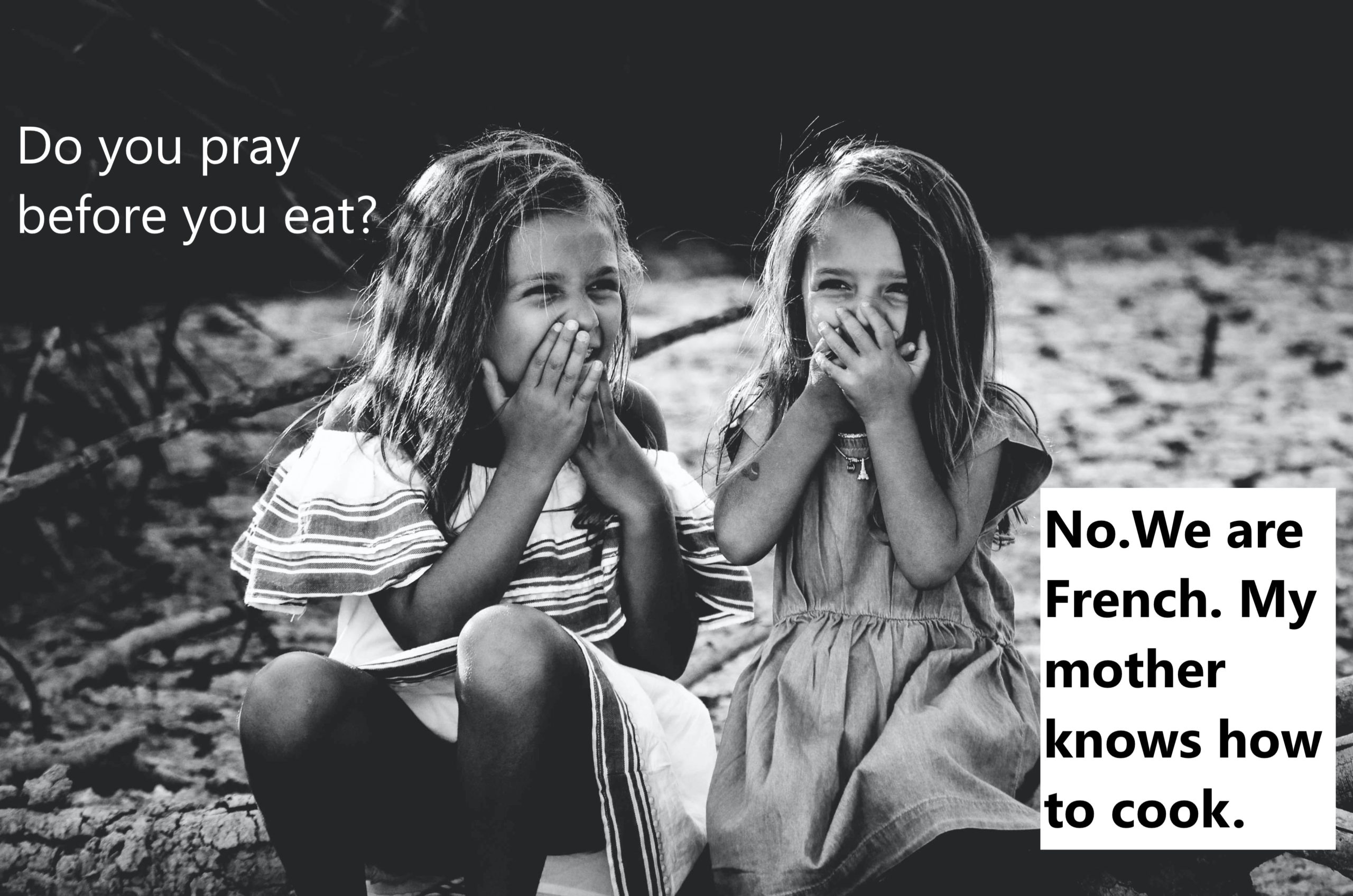 Confession or Atonement or Ramadan?

Confession is a great Catholic tradition. It’s almost like permission to do whatever you want and then Confess and be forgiven. You might have to recite 40 Hail Marys and crawl up the Spanish Steps if you are in Rome, but you are forgiven. When Paddy went to confess at St Mary’s Pro-Cathedral in Dublin his mate Liam waited outside. Paddy said “Father, forgive me. I have sinned. I fornicated with a married woman”. Father O’Reilly wanted to know who it was but Paddy refused to tell. “Was it Mary O’Shaunessy?” asked Father O. “Nay Father, I cannee tell”. “Was it Ciara O’Brein?” insisted the Priest. “Nay Father, I cannee tell” persisted Paddy. After a bit more of this Paddy received his penance and left. Liam asked if all was well and forgiven. “Ay. All went well. And I got a whole list of new names”. Jews do it more efficiently. Once a year on the Day of Atonement – Yom Kippur – Jews fast and atone for all their sins and have 364 days ahead for piling up a good stack of sins for the next forgiveness cycle.

So if once a year is enough for you, choose Jews.  But if you want information and perhaps gain unexpected benefits like Paddy, go Catholic. If you can do a month-long fast during daylight hours for Ramadan you might make it as a Muslim. The purpose is to get closer to Allah, build self-discipline, self-control, develop empathy, be more generous, be kind and other positive human traits. In a nutshell, to become a better person and not commit any sin. One month fasting? – Eish.

Christmas starts around October with dreadful canned music in stores and tinsel blocking aisles. That can destroy anyone’s psyche. But it builds excitement and expectation. Kids start drafting letters to Santa. Then they erect a beautifully decorated Christmas tree and everyone should be happy. Comes Christmas day, kids (and some adults) get gifts. One day, and then 364 days to wait. 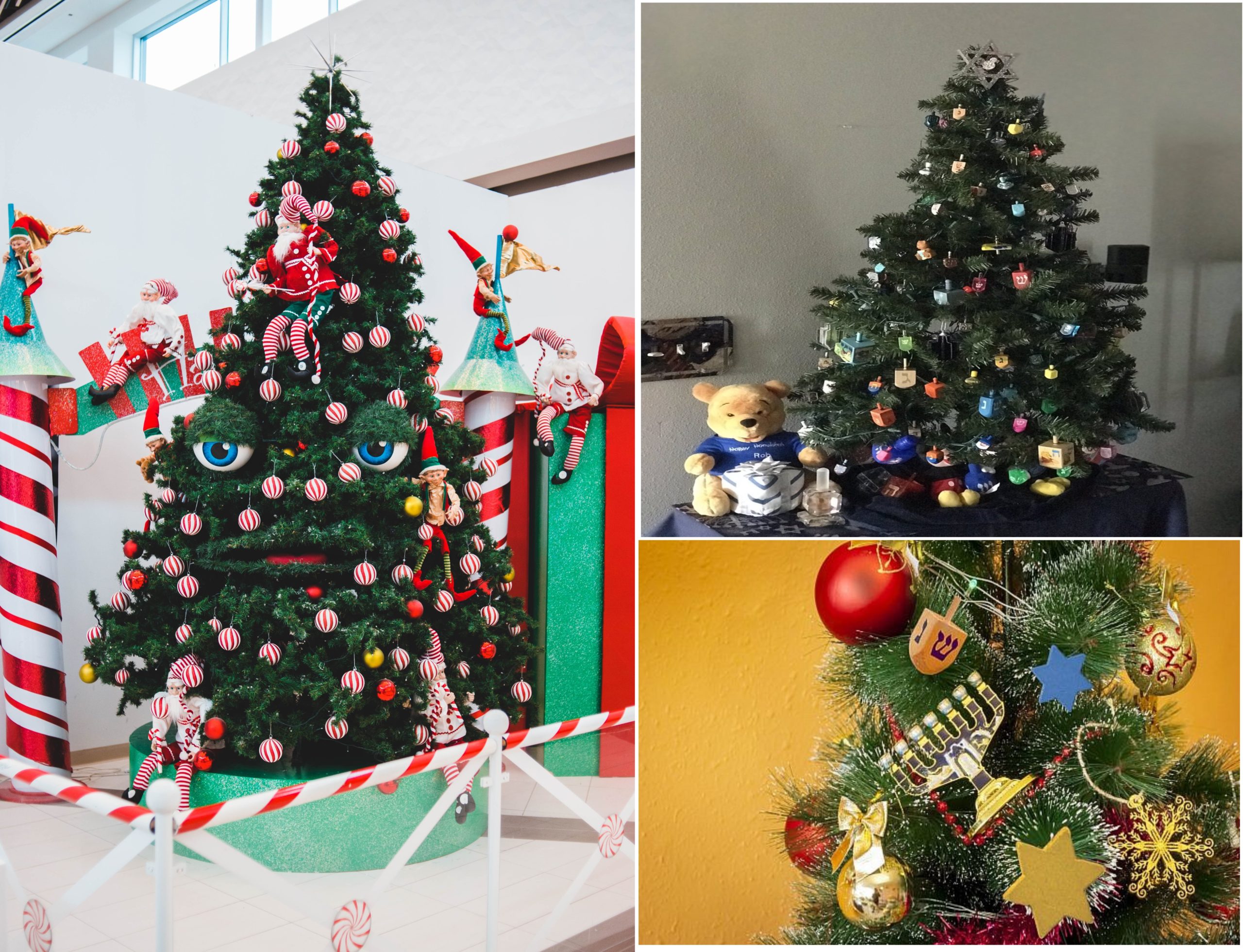 Not to be outdone the Jews celebrate the Festival of Light – Chanukah – for 8 days. Gifts are given and received every day. Eight days of gifts, as opposed to one, sounds like more fun. But wait. Christians have a Christmas tree. OK. The Jews created the Chanukah Bush as shown above in the two photographs on the right of the Christmas tree.

The Jews have the Festival of Light. For eight days they light an increasing number of candles every evening. And give those gifts.

The Hindus also celebrate their Festival of Lights for, eight days. Diwali is fun. Hindus light candles and set off bright fireworks (Please – no explosive bangs which harm animals). There’s always some cross-over in religions. Sing, dance, celebrate, laugh and light candles. Add to that that Hindus have Holi and throw coloured powder at everyone. I had wonderful fun in Mumbai celebrating Holi. Everybody celebrated. No one cared what religion anyone might have chosen. I guess that you can choose to do it all. 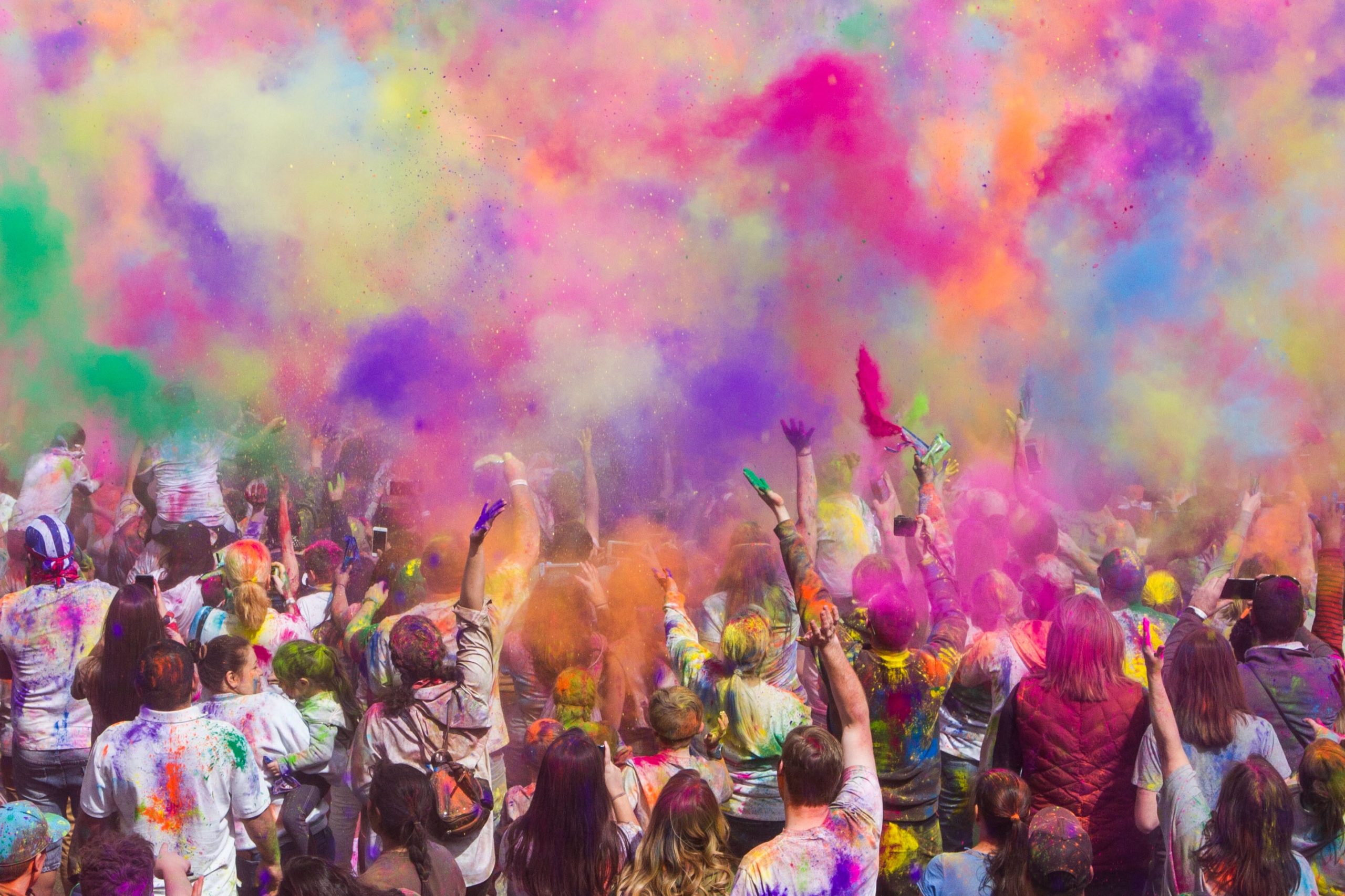 Aaaaaah. The tragedy of death. Here again, we have an abundance of confusing choices. Many Christians want the best for the deceased. A coffin with wonderful quality wood, gold (or at the very least ornate brass) handles, hand-woven silk lining and other trimmings. “Uncle George will love it”. Except that he is dead and doesn’t know. I have seen families cripple themselves in debt for a wonderful funeral under persuasive sales pressure by undertakers who want to increase their profit when mourners are most vulnerable. Often the funeral is followed by a party which could feed half the hungry in Africa. Other traditions cruelly slaughter animals in suburbia. The Jews in South Africa just put you in a plain pine box with rope handles. In Israel, I understand that a plain white canvas bag suffices. Dust unto dust. All are equal in death. Here is one verse from an old German song indicating that a fat corpse is better for some. “And the worms go in and the worms go out. They go in thin and they come out stout“.

Or you can be cremated. The R50 000 coffin doesn’t have to rot in the ground over many years. You can destroy it in one day. What happens to those brass handles? My guess is that they are removed and sold back to the undertaker who will sell them again to the grieving family of Aunty Muriel. Who knows, maybe the body is removed and cremated and the whole coffin is reused for another funeral.

Long ago in the rural areas of Natal, there were no crematoria. The Hindus would create a bonfire with old railway sleepers which had been soaked in diesel. The body is placed on top and covered with more sleepers. A few prayers and a match. Done. The fire would burn for days. That was in the good old days when Natal was still regarded as “The Last Outpost of the British Empire”.

Lent or Passover or marriage 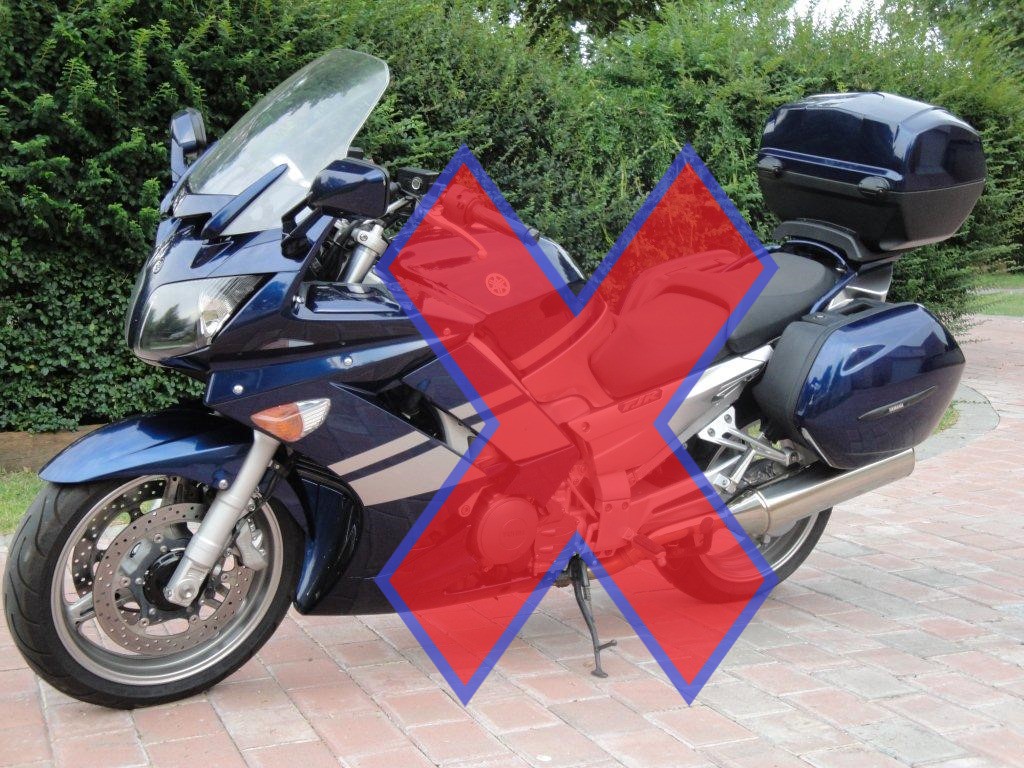 The Jews give up bread during Passover. And a few other things which are not sufficiently kosher for Passover. What is it with Christians giving up something for Lent? Do you do that and then binge after Easter? And if you are still planning your sacrifices for Lent this year, you are too late. Lent started on 17 Feb and runs until 3 April. Marriage could be worse than Lent. You might have to give up motorbikes and the weekly night out with the boys, while your wife will buy more shoes than she has hairs and insist on preserving her night out with the boys. Life used to be a magazine. Now it is just tough.

One God or many?

Christians have one God to whom they pray through his son Jesus. The Catholics have the same God but pray via Mother Mary. Muslims have but one God and they constantly proclaim that. The Jews have one G-d to whom they pray directly. Not through Jesus, Mary or even Moses. Probably because they’ve known him longer (almost 6000 years), and are more familiar with him than the other religions are with their Gods. Perhaps the God of all these Abrahamic religions is all the same God?

The Hindus have almost 3000 Gods. That’s so cool. Big selection. A God for every occasion. Have one or two for your home, several for your family. The Catholics use Saints for those purposes. St Christopher for travel. St Valentine for love. There are many. Take your pick. The Mormons follow the Latter Day Saints which is serious. But the Catholics try to upstage them by periodically creating newer saints who are more latter-day. Maybe Buddhism is your choice. Then you could become a Buddha. Anyone can become a Buddha. That might even be fun.

In the mid-nineteenth century along came Mirza Husayn ‘Ali Nuri who took the title Baha’u’llah (‘the Glory of God’) and founded the Bahai Faith. It’s kinda cool. The Baha’is believe that Moses is magnificent, Jesus is a Joy, Mohammed is super-duper and Baha’u’llah is simply the latest manifestation of God.

Spoiled for choice here. Except for atheists. They don’t want a choice. Or they choose not to choose. Or they believe that there is no choice. Maybe God made them make that choice?

Heaven or Hell or Nothing?

This choice is easy. If you want 72 virgins in heaven then do something like “fighting and dying” for your religion and you got it. If you are a Muslim man. Not sure what the women get. Others want to be “In the loving arms of gentle baby Jesus”. A man I know left written instructions that he wants to go with “Dove’s Travel Agency”. He stated further that he wants to go to Hell, for two reasons. “1. All my friends are there and we can play cards. And 2. When a new person arrives they open the door, kick the new arrival in very quickly and shut the door immediately. So there is no breeze. I don’t like a breeze”. A good choice it seems for a man who believed in neither heaven nor hell.

Oh my goodness. After whom should one name children? Maternal Grandparents? Paternal grandparents. Parents? Like Jon Jones (Junior). The living? The dead? Ancestors of all sorts? I overheard a very Jewish grandmother (a Bobba as they are called) remonstrating with her daughter about naming the son Ryan. “Vot for a name is dis?” she asked partly in Yiddish. “Ryan is an Irish name. Sounds like dat movie Ryan’s Express”. Two days later the daughter announced that they would call their son Sean.  Bobba was delighted. “Now I am very happy. Not an Irish name. Sean! Dis is a nice Jewish name”. And if you are Portuguese it matters not. You probably have 27 names. No one is excluded.

I refrain from mentioning celebrities and the names which they create for their offspring. They seek to outdo each other in the crazy game of nonsense names in the stupid stakes.

Some say that religion is important. Some say that it isn’t, but if you are exercising your choice, you should start by choosing your parents well. At least that will determine where you land initially. Where you end up might be a different choice. Don’t get into prison because there the conversion rate appears to be high. You might suddenly find Jesus or convert to Islam. Whatever you do, do it wisely using the above excellent and thoroughly researched scientific analysis of options. You can’t go wrong. Or maybe you can.