I sent a birthday greeting to my friend in the US, and decorated it with an emoji of a cake and a bunch of flowers. She replied with thanks, asking why I was sending her an exploding pizza and a melting ice-cream cone… was this some kind of South African cultural practice?

I think she might have been joking, but without the smiley icon, I could not be sure. 🙂

Not so long ago, letters were written on actual paper with an actual pen. They had a formal structure, a salutation and a signature, and a set of rules that we learned at school (along with decorative handwriting).

Then e-mail came along, and it all went haywire. Letter-writing became almost obsolete: communication was now instant, spontaneous, and reactive. And this created a world of problems.

E-mail has the speed and spontaneity consistent with a conversation, but it is still a written message devoid of tone, context and visual cues. No voice, no gestures, no body language. The smile, the shrug, the wink – they are missing. And when these cues are missing, we tend – people being people – to put a negative spin on a message. So, in the beginning, a lot of people spent a lot of time being needlessly irritated or annoyed by messages that were being misunderstood.

And then along came the emoticon.

Not a moment too soon, according to the person who first, apparently, used one. Computer scientist Scott Fahlmann wrote the following message to his colleagues at Carnegie Mellon University in Pittsburgh in September 1982:

Within months, emoticons were seeping into electronic messaging around the world, filling the giant hole left by all the visual cues present in face-to-face communication. Punctuation marks did double duty as indicators of shock, :-0 sarcasm :-7 embarrassment :-, hilarity :)) and disapproval :(.

In 1996, the Smiley Company registered hundreds of designs with the US Patent Office. An idea that had been suggested by Vladimir Nabokov in an interview with the New York Times in 1960 had become a reality: “I often think there should exist a special typographical sign for a smile — some sort of concave mark, a supine round bracket.” 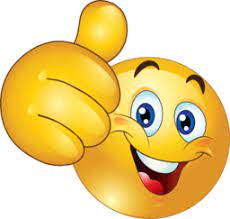 Shigetaka Kurita – a Japanese telecommunications engineer – was inspired by weather pictograms, Chinese characters and Japanese street signs. He created 176 different designs to depict various emotions (the word emoji means ‘pictograph’, and the resemblance to ‘emoticon’ is just a wonderful coincidence) and the world of communication would never be the same.

But, just as emojis solved one huge problem, they created a host of others.

Different operating systems displayed emojis differently. So an e-mail would arrive with a puzzling — or J at the end of a sentence.

And even if the emoji arrived in one piece, it might display slightly differently on the receiving end, so a sympathetic smile might turn into a condescending smirk.

Cultural differences abound as well, so an image that means one thing to a certain group of people might mean something completely different to another group.

And then, not content with merely expressing emotions in order to facilitate communication, designers simply had to go wild with thousands of emojis with absolutely no discernable purpose except to add to the confusion. The sheer volume of pictograms was a rich new ground for misunderstandings.

A good example is the Three Wise Monkeys. The Hear No Evil, Speak No Evil, See No Evil critters are supposedly a life lesson about avoiding trouble. They have also gained cultural significance to depict the opposite – people who turn a blind eye, offer a deaf ear, or a silent tongue in order to condone wrong-doing. But for some reason people adopted the See No Evil monkey to convey embarrassment, a kind of simian facepalm (for which there is, actually, an emoji).

Even if used correctly, the type of communication where a writer would need to use any of the monkeys to illustrate a point will remain obscure….. along with pictograms for shrimp, lacrosse, croissants, magicians, baskets and robots and the many dozen other random emojis dreamed up by designers with too much time on their hands.

A friend of mine likes to punctuate most of his Whatsapps with a pair of googly eyes – signifying…. I dunno…. maybe surprise or gotcha or ‘I’ll-be-darned’. But the picture looks exactly like a pair of fried eggs. So, unfortunately, I am always distracted from his witty missives by wondering how many hours to breakfast. ;-D

It did not take long before people – being people – started using these innocent emoji nouns in ways that they were never intended to be used: either unwittingly or with definite intent.

The aubergine, or eggplant, briefly found fame as a depiction of a penis, to the extent that it gathered its own hashtag #EggplantFridays and was used to adorn pictures on Instagram.

The Peach became a picture of buttocks (the Emojipedia, who monitors this kind of thing, found that only 7% of peach emojis referred to the actual fruit). Attempts to modify the Peach icon met with fierce resistance.

The Pistol, the Knife and the Bomb have been banned from some operating systems as they can be used as threats.

Some emojis are offensive in any context, such as the Pile of Poo, the Vomit Face, or the Middle Finger. And some are just baffling, like the sunglasses-wearing banana with the milk moustache.

There are currently far more emojis than there are letters in all alphabets combined, and there are close to as many emojis as there are commonly-used words in most languages.

However, this is just design overkill: why have emojis with no practical use in clarifying communication – which was the reason for the emoji in the first place? Some people, in fact, manage to send messages where the emojis outnumber the actual words. And there can be inadvertent mis-use of the emoji which leads to the same kind of puzzlement that the emoji was created to dispel.

This is made even worse on smartphones, where the eventual size of the micro-dotted emoji confuses or conflates any meaningful detail.

In fact, if you are like most people and wish merely to signal a non-verbal cue with your writing, there are only a few emojis that would be needed in everyday communication – those basic ones that convey tone and attitude. The smile, the laugh, the shrug, the facepalm, the frown, the raised eyebrow. They are easy to use and hard to misconstrue. You can choose your own list of frequently-used emojis and add them with a keystroke.

So be careful when you slip the dancing girl, the cute monkey, the devil face, the mango or the pink-cheeked nurse into your conversation. You might be making a huge conversational mistake.

After all, we already have the grammar police and the spelling nazi. The emoji enforcer can’t be far behind.

For your information, here is the complete list of emojis, along with their meaning and their various permutations according to the system you are using: https://unicode.org/emoji/charts/full-emoji-list.html

If you are more comfortable with text emoticons, here is a full list as well: https://en.wikipedia.org/wiki/List_of_emoticons

Niki Moore is a freelance journalist, writer and researcher.