I recently wrote an article about the pros and cons of eating cinnamon where I shared a basic recipe containing spicy ingredients that I drink daily. Other than the ¼ teaspoon of Ceylon cinnamon I add to the drink, I also include ¼ teaspoon of turmeric, ¼ teaspoon of powdered ginger, a pinch of nutmeg, and ½ teaspoon of honey and stir it all into warm milk. Since it has such a calming effect on me, I usually have it before bed every night.

There are varying reasons why I consume this combination of ingredients daily. I’ve already elaborated on the benefits of cinnamon and I’ll write articles about the other ingredients soon but for now, I’ll focus on the potential benefits and side effects of taking turmeric. It must be noted upfront that turmeric and curcumin have been researched in several clinical trials for the treatment of a range of diseases and conditions. However, there is not enough high-quality scientific evidence for some of the claimed benefits of turmeric. Further studies are needed to establish whether there are concrete health benefits to using this spice.

What is it and where does it come from?

Dating back to 600 BC, this ancient spice was used as a condiment, food flavouring, and as medicine (predominantly for its anti-inflammatory and antioxidant properties). It is a flowering plant (Curcuma longa) cultivated in south-east Asia and belongs to the ginger (Zingiberaceae) family of herbs. Its most active component is curcumin, which is what gives it the warm golden-yellow colour. It also contains orange-coloured volatile oil.

Turmeric root is commonly used to make curries and sauces. It has a warm, subtle, bitter taste. Curcumin is often used as a food colourant and has also been used to colour cosmetics.

What are turmeric’s potential benefits?

Although there is no solid scientific evidence to support the benefits of turmeric, it is commonly used to treat conditions such as inflammation, depression, high cholesterol, hay fever, itching, and a type of liver disease.

Due to curcumin’s antioxidant and anti-inflammatory properties, it has also been recognised as an effective anticarcinogen (a substance that helps prevent cancer).

Studies reveal that taking turmeric extract a week before a menstrual period and for a further 3 days after the period improves mood, behaviour, and pain in women who suffer from premenstrual syndrome (PMS).  Further research also suggests that curcumin can reduce hot flashes in postmenopausal women. However, it doesn’t appear to reduce some of the other menopausal symptoms. Here’s an article for more information on menopause symptom relief.

Curcumin is poorly absorbed into your bloodstream due to its scarce bioavailability (the rate at which the body absorbs substances). Therefore, to experience the beneficial effects of consuming curcumin, its bioavailability needs to improve. It’s best to consume curcumin with black pepper as it contains piperine, a natural substance that significantly increases curcumin absorption. Most curcumin supplements contain piperine as this increases their efficacy.

Curcumin is fat-soluble (it breaks down or dissolves in fat or oil), so it’s best to consume curcumin supplements with a high-fat meal.

Some evidence suggests that turmeric’s medicinal properties may aid in modulating the immune system. This seems to be the case even in people suffering from immune disorders.

The strong anti-inflammatory properties of turmeric may aid in reducing inflammation and swelling, especially in people suffering from arthritis. The reduction in inflammation generally means a reduction in pain. Although further studies are needed, it appears that curcumin demonstrates significant potential and efficacy in treating osteoarthritis.

The recommended adult dosage for osteoarthritis: 500 mg of turmeric extract taken 2 to 4 times daily for 1 to 3 months.

Once again, more in-depth research is required to establish the efficacy of curcumin on depression. However, some animal studies have found that curcumin could affect the chemicals that control mood and behaviour, known as serotonin and dopamine. It may also change parts of your brain that respond to stress and it may protect mitochondria (energy-producing structures in your cells) from damage. There is some evidence that curcumin boosts levels of BDNF (a brain hormone). This increases the growth of new neurons and may aid in preventing several degenerative brain processes. Since there is growing evidence that inflammation is associated with depression, using turmeric to ease inflammation may have a knock-on effect and reduce depression symptoms.

The recommended dosage for adults: 500 mg of curcumin taken twice daily, alone or with prescribed anti-depressants for 6 to 8 weeks.

There is some evidence that suggests that turmeric is effective in lowering bad LDL cholesterol. High cholesterol increases one’s risk of developing some serious conditions such as heart disease and stroke. Some studies have revealed that low doses of curcumin were associated with a drop in cholesterol levels. However, the effects of turmeric on cholesterol levels are conflicting and it is not known which of the various turmeric products available on the market are most effective in reducing levels of cholesterol.

Allergic rhinitis (hay fever) is an allergic response to pollen and other foreign particles that cause sneezing, itchy, watery eyes, and other symptoms. Hay fever is produced by the release of cytokines (chemicals produced by certain white cells) to signal other white blood cells. This results in a local release of fluid and protein that causes the symptoms of redness, tearing, swelling, and congestion. Evidence suggests that curcumin suppresses the release of some key cytokines and is directly associated with the alleviation of sneezing and a runny nose as well as relieving nasal congestion.

One study found that people suffering from eczema symptoms and other skin conditions experienced significant improvements in their symptoms after using a topical cream containing turmeric and other herbs. Studies also suggest that consuming turmeric orally every day for 8 weeks reduces itching in long-term kidney disease patients.

The recommended dosage for adults: 1,500 mg of turmeric divided into 3 doses for 8 weeks. Specific products containing turmeric extract and black pepper are also recommended to be taken daily for 4 weeks.

People who suffer from a liver disease called non-alcoholic fatty liver disease, which causes a build-up of fat in the liver in people who drink little to no alcohol may benefit from consuming turmeric. Evidence suggests that taking turmeric extract lowers markers of liver injury in people suffering from this disease and prevents the build-up of more fat in the liver.

Potential side effects and complications

Although turmeric is generally safe if consumed in moderation, it is recommended that you check with your medical practitioner before consuming turmeric if you have had any of the following medical conditions:

Do not take too much turmeric as it can cause an increase in stomach acid, resulting in stomach ulcers. Since it has a blood-thinning effect, don’t take turmeric if you are on any blood-thinning medication. You should also stop taking it at least two weeks before a scheduled surgery.

In higher doses, turmeric can cause mild side effects such as stomach upset, diarrhoea, nausea, or dizziness. During pregnancy or breastfeeding, turmeric is likely safe when taken orally in food amounts but it is likely unsafe when taken in medicinal amounts during pregnancy. It can stimulate the uterus or promote a menstrual period, thereby putting the pregnancy at risk. Since there isn’t enough evidence as to whether turmeric is safe to use during breastfeeding, it’s best to avoid it.

Since turmeric may reduce testosterone levels and lower sperm movement when taken by men, it may reduce fertility. So, couples trying to conceive a child should use it cautiously.

To make a healing pot of turmeric tea at home simply bring 3 to 4 cups of water to boil on the stove, stir in 2 teaspoons of turmeric, and let it simmer for approximately 5 to 10 minutes. Strain the tea into a teapot, add honey, freshly squeezed lemon or orange juice, and milk to taste.

For more in-depth information about turmeric and its benefits click here for a range of interesting books.

For my international readers, you can find a great selection of products here.

As you can see from some of the evidence – curcumin – the most active compound in turmeric, has several health benefits. Not only is it a potent antioxidant and anti-inflammatory, but it can also aid in improving heart health, symptoms related to depression, arthritis, hay fever, and it has anticarcinogenic properties.

However, because of curcumin’s scarce bioavailability, its benefits are limited. Further research is required to establish whether there are concrete health benefits to using this spice.

DISCLAIMER: The information contained in this article is for informational purposes only. No material contained herein is intended to be a substitute for professional medical advice, diagnosis, or treatment. Always seek the advice of your physician or other qualified health care provider with any questions you may have regarding a medical condition or treatment before undertaking a new health care regime, and never disregard professional medical advice or delay in seeking it because of something you have read. 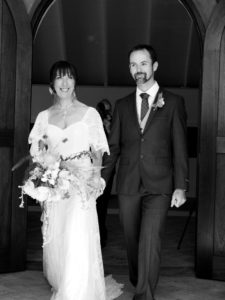