With four medical patents and a mention by the World Health Organication about its potential to treat COVID-19, Artemisia may be the healing herb in all our gardens…

Known as African wormwood or sagewood – Artemisia afra – is a highly aromatic plant also known as wildeals (Afrikaans), umhlonyane (Xhosa), umhlonyane (Zulu) and lengana in Tswana. There are about 400 species of Artemisia worldwide, many used medicinally but A. afra is the only indigenous species in this genus. Used for its multitude of medicinal properties artemisia helps in the treatment of malaria, headaches, intestinal worms and increasing the appetite. Heating the leaves and inhaling the vapours helps clear the respiratory tract, thus treating the common cold, cough, sore throat, influenza and asthma.

The roots, stems and leaves are used and prepared as infusions, enemas, poultices, body washes and lotions. It is also smoked (to ease phlegm and ease sore throat), snuffed or drunk as a (very bitter) tea. Taken as a tea, the herb treats colic, constipation and expels worms. One of the most common practices is to insert fresh leaves into the nostrils to clear blocked nasal passages and stop nose bleeds. It is also used in socks for sweaty feet and used to infuse brandy. It is also used as a natural insecticidal spray and moth repellent. Warmed leaves applied as a poultice relieve inflammation such as arthritis while an aqueous infusion applied as a lotion can treat haemorrhoids.

Studies to verify or substantiate the traditional use of this herb are oncoming and its use in treating modern diseases like diabetes, cardiovascular diseases, cancer, respiratory diseases are being investigated. One research project looked at the use of Artemisia to prevent coccidiosis in broiler chickens. There are four utility patents given for A. afra – two patents are in diabetes, one in cancer and one in diabetes and cardiovascular disease.

In May 2020 the World Health Organisation (WHO) recognised the history if use and benefits of traditional medicine. Medicinal plants such as Artemisia annua are now being considered as possible treatments for COVID-19. WHO has stated that it should be tested for efficacy and adverse side effects.

In South Africa leaves and green stems are harvested for essential oil production. Two harvestings are made – in midsummer and again in late summer/early autumn. The essential oil distilled from flowering tops has a higher oil yield as well as superior quality. Harvesting should be done from beginning to mid-flowering time when oil quality is the best. Steam distillation yields a straw-coloured, herby, slightly camphoric essential oil.

Artemisia oil is used in a steamer to ease nasal congestion or can be added to a bath for menstrual pains and after childbirth. The oil has a high level of thujone should be used with caution during pregnancy and by epileptics. This is a herb that should not be taken longer than a 7 to 10 day period as it can cause headaches and shaking. (Thujone is present in most species of Artemisia and A. absinthium contributes most of the thujone in the strong liquor Absinthe, reputed to have mind-altering effects).

Artemisia is common in South Africa and has a geographical wide distribution. The attractive shrub is a popular garden plant and is tough and easy to grow. It recognised by its feathery grey foliage and sticky sweet smell when touched or cut. It grows in thick bushy clumps from 0.5 to 2 m high. Propagation is done by cuttings, division or seeds sown in spring or summer. Artemisia prefers well-drained soil, full sun and reacts well to heavy pruning. Due to good insecticidal properties Artemisia is a useful companion plant to reduce pest pressure on crops.

In the wild Artemisia is found in altitudes of up to 2 500 m next to streams and on forest edges. It is cultivated on a limited scale in the KwaZulu-Natal Midlands, Mpumalanga (Nelspruit), Gauteng (Pretoria), Eastern Cape and Limpopo provinces. 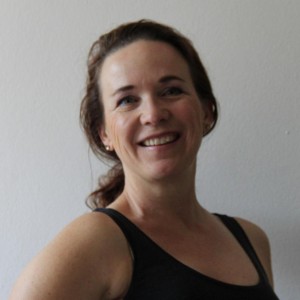 A German-speaking Afrikaans farmgirl who studied Chemistry, did a composting course in Austria and who worked as a winemaker, Marinda is a self-made woman who is now an independent writer and photographer based in Cape Town. She is learning Mandarin Chinese, still don't understand flash photography or Bitcoin, but is trying her best to write sense about farming, travel and occasionally, also about the healing nature of cannabis. Marinda is good with product shots, people and making compost.