The community of the Western Cape town of Citrusdal has successfully drawn a laager around its two most important assets during the national lock-down – its citrus export crop, and the labour dependent on it.

A community-initiated road block is controlling access to the town and its annual R2 billion citrus crop while community organisations are co-ordinating relief efforts in town, including feeding the homeless and hungry, manning emergency call centres, screening for the virus and setting up overflow medical facilities.

And it all seems to work. The town has not yet reported a single case of COVID-19.

Thanks to a variety of organisations such as the Citrusdal Policing Forum (CPF) and Action for Community Transformation Citrusdal (ACT) taking the lead, the town has been transformed into a state of readiness hailed by the local SAPS commander as “extraordinary” in its human movement control.

Funding has come largely through the farming community, one deeply concerned about the effects on the communities should the virus take root among its most vulnerable.

CPF chairman Louis Röntgen says when the pandemic struck, a lot of jobs were lost in some sectors of the local economy, and the need for relief escalated instantly. Someone had to step up.

“The farming community did – to the tune of more than R300 000, donations and pledges of continued support. Without their voluntary support and funding, very few of these relief projects would have been possible,” he says.

Their efforts, and donations from local businesses, are channeled through the ACT-managed Citrusdal Covid19 Fund, one that funds a variety of welfare, policing and health interventions in the valley in conjunction with the local council, the SAPS and 90 volunteers.

This fund enables local organisations to

Thanks to these donations, ACT has served more than 6 000 meals to 40 people at the homeless shelter since lockdown, distributed a thousand hampers to households, each serving a family of four, and equating to 63 000 meals.

ACT chairman Sarel Eloff and his team of volunteers are supported by local communities and business daily delivering bakkie loads of fresh fruit, vegetables and groceries to be sorted and packed into food parcels.

These are delivered daily in local townships, with the help of SAPS, to families who have to sign up through the organisation’s helpline. Callers are screened, their need determined and food parcels packed specially for the size and need of the household, including pet food.

Eloff says that although COVID-19 is a huge concern, it gave the Citrusdal community a joint goal and perspective.

A private soup kitchen, the brainchild of out-of-work domestic worker Katrina Owies and co-ordinated by Citrusdal resident Elserine Schutte, also operates thanks to the generosity of local farmers, daily donating fresh food and ingredients for the soup kitchen.

These donations are converted into healthy helpings of soup and bread dished out to queuing children at Owies’ Oranjeville home six days a week. Even hungry adults join the line, cup in hand, says Owies. “I feel good, being able to go to bed at night, knowing I have helped so many people. Even though I also don’t have much myself,” she says.

“The citrus industry is labour-intensive. Local farmers need seasonal workers to supplement their own workforce, which could be risky. However, the risk is much lower if they can import teams in a controlled manner, rather than workers entering town without permit, settling down in the townships and only then start looking for work.”

He says the CPF, as representative of the Citrusdal community, SAPS and the municipality, resolved to build a system through which they could ensure that the people who come into the valley were healthy and had the right to be there.

He says the town supplies up to 20 000 seasonal work opportunities per season, from end of March to mid-November. “These seasonal workers send money back to their home villages, so a lot of people depend on them being healthy and working. We have to protect them and the local work force. These are our biggest assets.

“At the same time, we have a number of pack houses serving several farmers. If you have an outbreak of the virus in one of them, it can affect production in the valley and an entire economy of dependents quite drastically.”

SAPS’ Colonel Mongezi Mathembu says this partnership is working for the community. Although he understands the need for workers to enter the valley during harvesting season, it needed to be managed and controlled in a responsible way, he says.

His officers are manning the road block around the clock, which, to his knowledge, is unique in the country. As a result, people tried avoiding it by crossing the Olifants River on foot, but a private security firm stepped in with quad bike patrols to secure the area and have helped stem the uncontrolled inflow and bypassing of the control point.

“The Health Department is also helping, being on hand to screen people at the road block at any time of the day,” he says.

Röntgen says the measures are needed to safeguard the town’s assets and ensure continued working opportunities for residents.

“It’s wonderful to see how the community has worked together, from securing funding through the farming community to assistance from SAPS and the municipality, all working together to keep the virus out of the valley. I’ve never seen the community work together to this extent, regardless of background or political affiliation, in my 45 years of living here.”

Watch a video on the town’s efforts to counter the effects of COVID-19 here: https://youtu.be/BQ-EhEA5E88 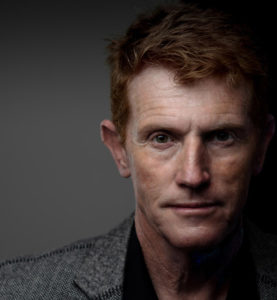