In a first for Africa, an innovative Nelson Mandela Bay amputee with passion and compassion is developing cheaper, more comfortable socket liners for other people with prostheses.

Nelson Mandela University industrial engineering graduate Luvuyo Sume has designed and is starting to manufacture a flexible and inexpensive “pouch” for amputees to help cushion their prosthetic limbs.

And, he hopes, this medical device will be the first of many products developed by his firm, Prosthetic Engineering Technologies (PET), at Propella Business Incubator in Gqeberha.

“This low cost liner will be the first on the African continent and create a lot of jobs in the process as we will export to other African countries,” Sume says.

“In South Africa we spend R20-billion rand on medical devices every year, including prosthetics, and all that money goes outside of the country.”

He outlines how vital an effective socket liner is to lower limb amputees and why so many South Africans are excluded from ever enjoying its comfort and health benefits.

“The liner acts as the interface between the prosthesis and the stump of amputees, absorbing all the shock when you walk.

“However, it is not available to government patients, mainly because of the price. They do get a woollen stump sock but that causes complications as there is a lot of bruising and abrasions.

“A private medical patient can go to private prosthetist and use an imported liner but that’s also a problem as they cost anywhere between R3,500 and R7,500, and they only last for nine months.”

Propella helps commercialise the research and development projects of Masters and Doctoral students at Nelson Mandela University, as well as technology entrepreneurs like Sume.

The university’s innovation hub eNtsa provided Sume with assistance to create the prototype mould and in the next phase eNtsa will machine an aluminium mould to enable the liner to be produced at scale.

With Propella’s help, Sume hopes PET will be able to reduce the retail price to around R1,000 per unit, although the costing is not yet conclusive. He will also work with the new Medical Device and Diagnostic Innovation Cluster (MeDDIC), which the SA Medical Research Council, the Technology Innovation Agency and the Department of Science and Innovation launched in March.

“They’ve said I do qualify and they can help develop that product,” he says.

It’s an exciting move for Sume, who studied lean manufacturing at the University of Michigan in the US in 2003 after graduating with a national diploma in industrial engineering from the-then PE Technikon, now part of Nelson Mandela University.

“Luvuyo’s got a very strong entrepreneurial spirit and it’s great to see that he is applying some of the design principles he was taught to this current project – it’s theory in action,” says Minnie.

Minnie outlines how Propella develops bespoke business solutions: “we give technical input and support wherever possible and, once he gets some traction in the market, we’ll look at finding ways of scaling the business.”

A prosthetic liner socket for amputees may not seem like an obvious product for an industrial engineer to dream up but it is close to Sume’s heart as he suffered the loss of a limb when he was younger.

“During my studies we learnt the basics of manufacturing so I had all the technical and theoretical information, I just needed to translate it into a practical environment.

“It is related as my job which as an engineer is to develop and optimise products,” says the former production manager. “I worked in the industry for 20 years before I founded this company with Nelson Mandela Bay prosthetist and orthotist Riaan Knight.”

When Sume lost his right lower leg, he was unemployed and relied on state medical care, giving him first-hand experience of the limitations of existing products.

However, he is successfully using the new silicon liner and today takes part in sports including karate.

Making a difference to amputees

Making the liner commercially viable on a large scale will make the world of difference to amputees, particularly those reliant on public healthcare.

“Some amputees are not able to take part in sport at all because of the pain so this will give people a chance to get into an active lifestyle,” Sume says.

“Some people can’t even find a job because of the pain but now they will be able to participate in sport, or go and look for a job, so it will improve their quality of life.

His dream does not stop with the new silicone liner: “We’ll be developing other related medical devices and prosthetic components because all of them are actually imported”. 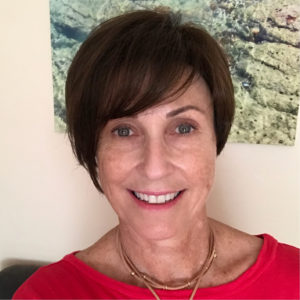