Casey Rousseau of 1st for Women Insurance explains that there are three categories of offences:

Local social media expert Emma Sadleir of the Digital Law Company says she has been inundated with complaints about sextortion during the lockdown. ​“Everything is happening online. People are home and bored, so many are willing to send pictures,” she says.

Mike Bolhuis of Specialised Security Services says sextortion is a “low risk” way to make money or extort sexual favours from the victims. “Most extortionists get away with the crime because the victims are often worried about reporting these offences to the police because they are embarrassed,” he says.

What you can do

Rousseau offers the following advice if you are a victim of online abuse:

Sadleir explains that if you can’t identify the person in the content, the perpetrator faces a fine up to R150 000 and/or two years in prison. “But if it is identifiable content, i.e., your name, or a tattoo is in it, or your face or a birthmark or something that makes the content easily identifiable then the sanction jumps to a R300 000 fine and/or a four-year term of imprisonment,” she says.

1st for Women recently launched a cyberbullying insurance product that helps victims with the financial and legal aspects of obtaining justice. “The costs of addressing cyberbullying can be astronomical, with lawyers charging around R3 000 an hour for consultations alone. Also, in many instances, legal intervention is needed to put a stop to the bullying and bring the perpetrators to justice,” Rousseau says. The cyberbullying insurance policy, which starts at R99 a month, includes cover for: 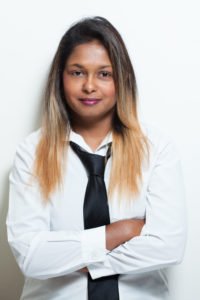