>>roaming>> From the Fifteenth District by Mavis Gallant

The late Mavis Gallant’s stories offer a beguiling to read – they creep up on you slowly, until you find yourself devouring each mostly lengthy story, wanting more. This collection was first published in 1979, and was released by Open Road Media as an e-book in 2014. It is peopled by ordinary characters, ordinary but for the fact that they are caught at the crossroads of European history, and their lives are shaped by the lengthy shadow of the second world war.

Comprising nine stories, the collection opens with ‘The Four Seasons’ which sets the tone for the atmosphere of these stories. They are located in a Europe battling to come to terms with the destruction wrought by the war, and the displacement of those lives affected profoundly by it.

In ‘The Four Seasons’, we are introduced to Carmela, somewhere on the French/Italian Riviera – the borders shift depending on who is in power – domestic maid to an English couple, the Unwins, and their three-year-old twins. Carmela becomes intertwined in their lives – to the point that towards the end she is no longer even receiving her salary. Chronically short of money, they promise when war breaks out that they will send her wages on, but we know that will never happen. Not quite friend, a maid who becomes entrenched in the family, the nervous Mrs Unwin relying on her more and more, Carmela draws on strengths the more privileged Unwins apparently have no access to. This is a compelling story

‘The Moslem Wife’, is a novella length tour de force. Netta Asher, the ‘Moslem wife’ of the title, takes over the lease of a hotel her father has run for years in the south of France. She marries her younger first cousin, Jack Ross, against her family’s wishes, but theirs is a happy marriage, bound by her loyalty to the business her father started, and Jack’s acceptance of life as the husband of a hotel manager, dabbling in his music. The atmosphere of a hotel on the French Riviera in the 1930s is vividly brought to life, and life flows slowly on, with its cast of characters, hotel guests, eccentrics who live at the coast and then Jack’s ailing mother who comes to stay. But war intervenes, once more, and as usual it will have a calamitous effect on all. The effects come almost as a post-script, long before that we are caught in the dramas of this world, Netta swirling at the circle of it all, and we, in turn, circle closer and closer to her.

In equally astounding ‘The Remission’ we are once more on the Riviera – this time with another English couple – Alec and Barbara Webb, in the 1950s. Alec is dying and the National Health can do nothing more for him. And so they bring their three children with them, with Alec preparing to die in the sun.

A crumbling Edwardian home is purchased for them by family members, and they go down for what they believe will be a short time there. But the years drag on. Alec grows weaker and weaker; the children grow older and it’s the girl, Molly, who will be responsible for bringing another man, a part-time actor, into their mother’s lives. When Alec goes, as he will, he will barely be remembered, life carries on as it will, some lives leaving nothing behind but wisps. The hapless Barbara is not a conventionally attractive character with her reckless abandon, her laissez-faire attitude towards money and her children, but such is the strength of Gallant’s writing that we’re drawn to her despite all these failings, compulsively reading on, the light of the Riviera shining throughout the story, illuminating love, and the growth we all twist through as we go on through our lives.

Equally brilliant is ‘The Latehomecomer’. Here we are introduced to Thomas Bestermann in 1950, recently released back to Berlin after being a prisoner of war and being caught up in bureaucratic delays in France, like so many other ‘late homecomers’. He returns to the flat his mother now shares with her new husband, a detail she only tells him about when they are standing at the front door. It’s a squalid, post-war world, where the bath is rough enough to scour you and the flat reeks of tiredness and poverty. His brother is still missing, and his mother, in her early forties, is tired and resigned, covering her smile when she laughs, hiding the missing teeth. Strangers now to each other, they must navigate that awful space between them, a place where words can’t correct the chasms of the past.

‘Potter’ meanwhile focuses closely on a fortysomething a Polish poet and translator who falls for a feckless twentysomething Canadian girl/woman, Laura. Piotr, called Potter by her, watches as Laura routinely disappears, goes off with another man to Venice, with reassurances that he’s only an ‘old friend’ although they might find themselves in bed together. Piotr has a wife back in Poland, but while that relationship continues to wither away, Laura rips him in two, and we follow his agonising destruction as love tears him apart: “He hesitated; where love was concerned he had lost his bearings.” A beautifully told story that gets to the heart of unrequited love and lust and takes us right into Piotr while also providing a glimpse into the enclosed world of an ex-pat Polish community in Paris.

In ‘His mother’ we peer through the glass inside a Budapest flat: a woman lives alone after her son has managed to get out to Scotland, this is back in the Communist days. He marries, has children and his mother watches from afar, her life filled with memories, the past, letters from her son, “the insignificant sadness of a lifetime” while she shares her flat with a grandfather, and his pregnant granddaughter. She cannot kick them out, they are too powerful, know too much.

In the last story, ‘Irina’ we’re in central Europe now, where a woman who was once married to a powerful man now lives out her days in a flat with a new companion. When her grandson Riri comes to stay, he discovers that life has changed even for her. This is a meditative piece, a story that moves slowly across a day – Christmas – in lives that are quiet, yet no less ‘insignificant’ than any others.

Gallant’s talent in this wonderful collection shines a powerful beam over these lives, over moments, days, decades where the world turns, and lives spin and change in the tumult of the times and all that’s left is to hold on, and accept. 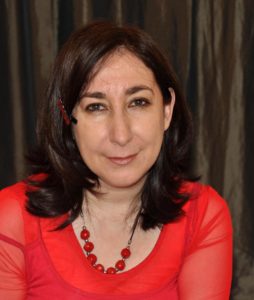