I listened to an intriguing radio interview as part of Women’s month dialogues in South Africa in August 2020. The interviewee was a woman who had achieved a senior position in finance – a male-dominated industry, historically.

When relating her story of how she came to be in the finance sector, her words were something like this: “I decided to raise my children for five years and stopped working during that time. After five years I felt I had not accomplished anything, and I decided to return to the formal working sector.”

After listening to the interview, I wondered about the fact that we have children and call ourselves parents. But then we leave the upbringing to others so we can pursue careers because, possibly, what we were doing when parenting did not feel like an accomplishment.

When considering the impact of poverty on effective parenting (struggling to meet needs for nutrition, health care and education, increasing risks of depression and anxiety), I wondered if the converse could be true. Would more-than-adequate material means to support nutrition, health care and education constitute more effective parenting and reduce depression and anxiety, for instance?

The South African Labour and Development Research Unit (SALDRU) published statistics that revealed that if you earn over R48 753 a month, you fall into the top 1% of earners in South Africa (less than 600 000 members of our population). It is to the parents (not accomplished or accomplished) in this relatively small sector that this article refers.

The interview left me wondering what it meant for that mother to feel she had accomplished nothing because she had chosen to work from home. Is this not a 24/7 duty? As a stay-at-home parent, she devoted her time, love and energy to her children. She parented them full-time and, in all probability, developed in them a sense of confidence in themselves, trust in the home, and security in the world. If parenting is about raising a child and being present to see to their physical, emotional, intellectual and social needs, how could doing this mean she had accomplished nothing? I guess these are the invisible and intangible accomplishments of parenting. The ones that don’t bring invitations to talk show radio stations.

StatsSA states that more than half the children in our country have not read a book with their parents. One has to question the value placed on direct parenting by parents themselves – the parenting that happens when their primary job is that of caring for their child.

It’s not uncommon to see parents committed to their jobs and aspiring to career advancement. Children certainly benefit from these gains – even if it’s bragging rights or excess material comfort. We can argue that their exposure to novel places through regular travel or easy access to resources expands their worldview and opens innumerable doors. Hard-working executives can employ private child-care and Uber drivers. They can live in secure estates that ensure the safety of their precious offspring. They can see to the rights of their children to a safe place to stay, clothing on their backs (and in their cupboards), food for their bellies (and their reserves) and top-class education. It’s quite an accomplishment – a visible and tangible one at that. It’s the working person who gets the accolades and the radio interviews.

It seems that, instead of well-off parents committing to raising their children (parenting), they are committed to raising their lifestyles and status (adulting). This is not a criticism, but more an observation about parenting in middle- and upper-income groups in South Africa. The ‘accomplishments’ of parents do not necessarily reflect the level of engagement with their children as parents in their homes, but rather what they have achieved while disengaged from their children as adults in the workforce.

Positive parenting speaks to parents who have good relationships with their children, exercise non-violent forms of discipline and are involved in supervision of their children’s activities and development. Research has shown that positive parenting lays the groundwork for healthy relationships based on trust and security, positive attitudes towards learning, education and eventual employment and appropriate regulation of emotions and behaviours – in short: healthy citizens.

I’m wondering what parents working outside their home means for those less tangible or visible aspects of parenting – raising emotionally intelligent, functionally independent, and socially appropriate adults. But more than that, I’m concerned that when a parent chooses to raise their child in the full sense of the word – physical presence, emotional availability, social regulation and spiritual guidance – they feel they are not the accomplished parent.

Parenting (not adulting) is an accomplishment in its own right

I think it’s time we accepted parenting as home-based work that is equal in measure, value and status to that performed in the employment sector. In fact, the accomplishment that comes from choosing parenting over adulting is what establishes the groundwork for future excellence in the working sector and as a citizen in society. It is an accomplishment to raise your children as much as (or even more than) it’s an accomplishment to meet and exceed their material needs. You can be an adult and you can be a parent but the two are not necessarily inclusive and the latter is seldom given its due recognition.

We live in a society that values what it can see. Beautiful homes and fancy cars trump a confident pre-schooler or polite teenager. It’s an interesting concept when one considers that few people stay in the same job outside the home as long as they might remain on duty as a parent. In 2015, the average job tenure was less than five years while parenting can extend beyond 20.

The irony, in conclusion, is that the resourced parents, as small a segment as they are but with as large a cut of the takings as they have in South Africa, are possibly undoing all they represent. Despite their own skills, education and ability, active parenting remains a choice that seems secondary to lavish lifestyles. I can’t say I’m impressed.

Author’s note: adulting is an informal term used to describe behaviour that is responsible and grown-up; parenting is the activity of bringing up a child as a mother or father. I am parenting a third child who, for deliberate reasons, is educated in a system that represents the 1% income bracket and double-income luxury lifestyles (sigh).

Additional note: thank you to Safrean colleague, Denise Mhlanga, who assisted with editing.

Disclaimer: the views expressed herein are the author’s alone and do not necessarily reflect the views of SAFREA 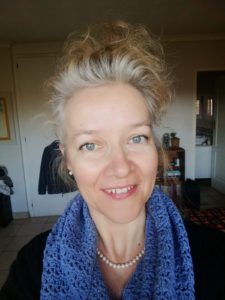