Back to the Future – ‘Mrs H S Ball’s Chutney’

A short story and a lesson in Marketing, Advertising and Design by Claudia Folgore-McLellan creative consultant at visual 8.

This is one of those stories that’s worth sharing for the sheer delight of the embellished rumour that the recipe survived the SS Quanza shipwreck, off the coast of East London, but this isn’t true an most likely crept in as some sort of marketing spin, somewhere along the way.

As marvellous as it would be to start this story with such a dramatic intro – we begin with Mr Henry James Adkins who was said to have been the captain of the SS Quanza. Again this turns out to be another fib – he had a more understated profession as a Gonubie retailer who actually purchased the shipwreck for recycling (fancy that!). He married Sarah Adkins and together they settled in King William’s Town – this was where they had their daughter Amelia.

Amelia grew up and went on to marry Mr H S Ball (we’re getting closer to the crux of the story here, enter the brand name). She was gifted the ‘secret chutney recipe’ as a gift from her mother. This precious recipe is believed to have been passed down from mother to daughter for generations in their family. It turns out that this was an invaluable gift in the hands of the now Mrs H S Ball who certainly put it to good use for generations in future to enjoy. Together, Mr & Mrs Ball moved to their new home in Fish Hoek, where the story takes a brilliant turn.

It was during WW1 that Mrs Ball, in between raising seven children, started making the chutney on a relatively small scale and regularly gifting it to friends and sold it at church bazaars (seven children?! Now if that doesn’t show us her entrepreneurial tenacity in the midst of raising a family, then I don’t know what). Quickly, word spread of how delicious the chutney was and the ‘blatjang’ condiment soon enough, was in high demand (good old fashioned word-of-mouth advertising created a demand for a quality product).

Amelia’s kitchen became the hub of production, she cooked up the piquant, fruity flavoured chutney and her husband filled jars that he salvaged from friends and neighbours.

Amelia was ready for the next step, together with her husband they approached a businessman in Cape Town called Fred Metter. He brought marketing insight to this young brand. He did have a good chuckle though, when he learned that the popular chutney was being bottled in second-hand jars (small mistakes will inevitably happen in order to help you learn throughout your business journey). He advised that they should rather invest in a steady supply of bottles for the product.

So it was here that the iconic eight-sided bottle was designed (brilliant packaging design decision that remains a distinctive element of the brand, over 100 years later!) Amelia didn’t hesitate in coming up with a worthy name for the brand she took pride and ownership of. When asked what it should be called, “Why Mrs H S Ball’s Chutney, of course!” she replied without hesitation. This name is boldly displayed on the oval label that is also still being used on the product today.

With Metter and Company marketing the newly packaged ‘Mrs H S Ball’s Chutney’ throughout the country – orders started rolling in (we all know what that means, great return on investment or ROI).  It worked a dream and the dream just grew bigger from there. Production moved from her kitchen, to a shed out in the back yard of their home and shortly after that, to a proper factory.

In 1932 the chutney received a special acknowledgment by a well-known physician and dietician, Dr C Louis Leipoldt. He wrote, “We have confidence in recommending Mrs Ball’s Chutney as a locally-made foodstuff of great and undoubted excellence.” – in The South African Medical Journal, no less (Reviews and endorsements of your product(s) or service(s) for part of your PR and are an absolutely essential part of the sales process, encouraging new and prospective clients to try your brand).

The brilliant Amelia Ball died at age 97 in 1962 and only ever shared the family recipe with her son and grandson – the brand was bought and the chutney was produced from the original recipe by the Brooke Bond Oxo food group in Pretoria. It is now owned by Tiger Brands and still the recipe remains a guarded secret. (Guard your unique selling point or USP, it’s yours, you own it so don’t share it with any likely competitors. In this case the method of how the chutney is produced was the key)

Kudos to you Mrs Amelia Ball for producing a product that people wanted to buy, over a century later, nogal!

If you are a solopreneur, entrepreneur or owner of a retail or corporate business and would like to know more about how you can leverage your brands’ potential, get in touch with me. I am able to offer retainers for clients who have a need for ongoing design, branding or advertising requirements at accessible pricing with payment terms suitable to your budget. 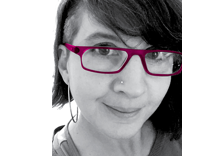 As a business owner I naturally approach new business with excitement and enthusiasm and I like to believe these feelings are infectious - I want to pass them on to my clients. I mine your imagination, taking you on a journey from the first few steps of forging your unique company logo through the formulation of a solid brand identity and then, every step thereafter to help maintain your brand visibility in the market.

I’m a dedicated and ambitious solopreneur trading under the name visual 8. Visual 8 a is a graphic design, advertising, marketing and digital media studio based in Joburg, South Africa and I help companies, entrepreneurs as well as established brands to communicate effectively with their respective target audience.